Race details of my first official ultra (it wasn't all sunshine)

It was beautiful, challenging, exciting, tough, breath taking, painful, … and a lot more adjectives. But damn I am happy I did it and couldn’t be more happy with my result.

On the side: I didn’t know at all that I ended up as second woman. My dad and I went to watch the award ceremony and suddenly they called my name.

I learned a lot during this 45K ultra trail and in this blog I will share you what exactly. Want to know more? Keep on reading then! 😉

As I already told you in my last blog, I didn’t feel 100% at the end of last week. During the week I had some stomach issues too, but I thought (and it probably also just was) mostly stress-related.

So what helps me a lot to tackle this is to go for (short, since taper week 🤪) walks in nature and also gather everything for the race some time in advance to be 100% sure that I have everything I need.

The night before I slept badly. I think I saw every hour passing by, so when I woke up again at 4:30 I couldn’t be bothered with trying to fall back again asleep and woke up to get myself some coffee and breakfast.

After some toilet visits it was finally time to leave and to get to the start of the race. I had to admit that I had forgotten how fit ultra runners look like and I did feel kind of intimidated.

After a short briefing about the trail, the gunshot sounded and there we went. The first 5K I was running as first woman, but then 2 local woman passed me and I decided to let them go. After all, it was a marathon so to run yourself in bits the first part is the worst you can do. 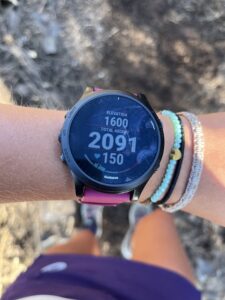 The first 20K of the race were more or less only uphill. We had to conquer 2850 meters of altitude difference and although going uphill is one of my strong points, I was happy that part was dealt with after almost 4h of climbing. Nonetheless, I have to say I was pretty impressed by my body. Most of the time when going uphill, I could keep my heart rate in zone 2. So the trainings during the week before and taper week really did pay off.

The sensation of changing abruptly from climbing to going downhill was… interesting. All of a sudden, my mind had to concetrate a lot more, thus the first kilometers weren’t my fastests ones.

Little did I know the worst part was yet to come…

When the fun was over

I know that fuelling during longer distances isn’t one of my strong suits. Luckily I am aware of this and I focus on tackling this as good as I can, but during this race it kind of became a nightmare.

During the first two aid stations I was able to get in some food (sweet potato with salt, parts of tomato and oranges and some pieces of cake) but with still 18K to go my stomach turned upside down.

Drinking and eating became impossible and I had to walk large parts since the shocks of running were unbearable for my stomach. I even had to bend kind of doubling during walking at some points to prevent vomiting.

The last 15 kilometers we also had to run on asphalt and to run on this kind of terrain with trail shoes (they have a rough profile), isn’t exaclty comfortable. Combine that with an upset stomach and you have quite an uneasy situation.

I was even at the point of giving up (and that means something). But at that moment, I saw a woman behind me that was also doing the 45K and something in my mind switched.

I had been suffering for so long, I couldn’t ‘lose’ all my progress all of a sudden the last kilometers right? So I switched into this weird zone that a lot of (ultra) marathon runners will know and just kept on pushing.

And then, after a looot of suffering, I could finally see the finish line. At that moment, the only thing I could think of was getting into a foetus position to get rid of the pain in my stomach. Right when I crossed the finish line, I had to show my obligated race kit and then I could (finally!!!) find myself a quit spot where I could try to put myself together again.

Fast forward to after an incredible shower: I tried to get some things in my stomach, which worked if I kept sitting with my knees in an upward position. Comfortable not really, but it helped and that was the only thing I could think of at that moment. 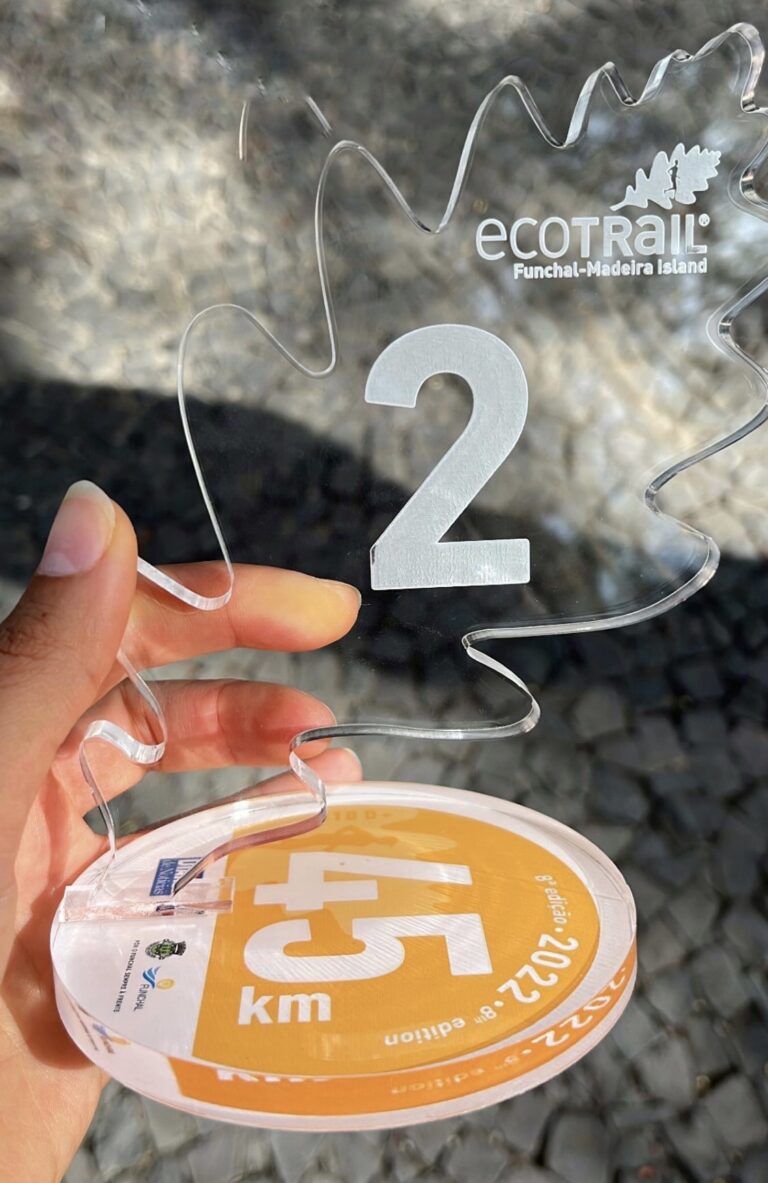 The next day, my dad and I went to watch the award ceremony and all of a sudden they called my name.

SECOND WOMAN, can you believe it??? I still can’t, especially not after all the suffering of the day before.

Even know, whilst writing this, I can’t believe it.

I has been a tough race which I started with the intention of gaining more experience. Which I did and even way better than I could have ever dreamed of!

This is only the beginning.